This is a quick announcement to let you know that March 10th and 11th 2018 between 11 am and 2 pm I will be at Heritage Park’s Gasoline Alley giving mini artist talk/tours about my Canada West paintings and how they relate to their exhibition, Journey of a Lifetime. The talks are not posted to the website yet, but will be free with admission to the exhibition. Find out more about the exhibition here.

Last week I talked about my reasons for revisiting a painting, so I won’t go into that much here. What I will talk about, are the changes I made to this one, and why.

Amoung the many funny things I could be entertained by in this antique image of the west, one of the things that kept happening as I looked at it, was my increasing identification with the contested object of the narrative. The bull is trussed up and appears to be at risk of being re-branded by cattle rustlers. Our hero and heroine have happened upon this scene and have rushed in to defend the bull from the cattle rustlers. But they are not defending the bull, they are defending property.

It appears that when the image was made the bull clearly resided in the realm of objects which are owned, and can be stolen. Stella (who in marriage would have been classified as chattel herself) stands on the bull like a piece of furniture. Today, the bull is both an object to be owned and a being which needs to be humanely cared for. Though the bull is the centre of attention, no one bothers to ask whom he prefers to go home with. So I decided to give him a voice.

This painting might look familiar. It was Dime Novel 1903. The funny thing is, I often paint something because it is a longer form of thinking about the thing. There is something there that I need to get to the heart of, so I need to chase that thought down through the act of painting it. Sometimes the thought keeps circling after the painting is ‘finished,’ and I need to revisit it. That is the case with both of the Dime Novel Paintings. I will talk a little about Dime Novel 1907 next week.

So what was it about 1903 that brought me back? I was fascinated then as now by the conflicting image of the notorious criminal and civil war era terrorist as a fictionalized American Robin Hood character. In this particular cover I was drawn to the relationship between this vulnerable looking girl who seems to be both serving as a human shield and being shielded by the James character.

I knew James was married to his first cousin, a pastors daughter, Zerelda Mimms James. He was already active in his violent career when they wed. It seems like one of those relationships where outsiders ask, ‘what did she see in him?’

It is an interesting question to think about the intimate companions of some of our most infamous characters. How much do they see or know of their spouses actions.  Do they know their spouses true nature, be it killer or lover? Are they ignorant, in denial, or complicit in some way?

These questions led me to add the locket portrait of Zerelda, balanced against the markings in the margin representing the violent side of James legacy. 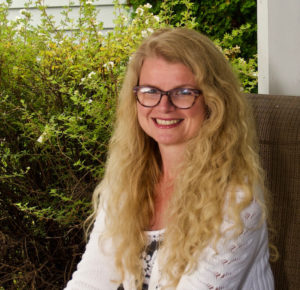